This site doesn't support Internet Explorer. Please use a modern browser like Chrome, Firefox or Edge.

People who inspire me

Maria Conceicao came to my life at the age of six and ever since then she is been playing a very significant role in my journey, always encouraging me with words, supporting me with resources to reach the next level of my dream, ever since I know her she is been loving me unconditionally on my path to life in every steps of my journey.

I would like to say that I won the biggest lottery at the age of six, because I was given the biggest and the definitely the best gift ever, that someone could get in their life which was access to world class education, opened my eyes to a totally different and beautiful world, showed me a path of opportunities which lead me to a life I dream of, dream of becoming the change maker and have a visions of making a difference to millions of people in the future.

Since then my life has been exploring all the possible opportunities of life that world has to offer. She is my biggest inspire in my life who was once told that there is not limitation “Dream as big as you want, Shewly” your only limit should be the sky. Maria encouraged and inspired me from a very young age. She always tried her best to give us the best opportunities in life now matter what was it one of them was selecting the seven students to go to UAE to study and I was one of them out of 600 students in August 2010. This is when the dream of becoming the Prime Minister began at the age of 12, since then I am evolving as the leader that my people would want to see in the future.

Maria Conceicao is the founder of Maria Cristina Foundation. It all started in 2005 when Maria visited a slum and a hospital in Dhaka while on a 24-hour break as a part of her job with the Emirates Airline in. The desperate struggle the slum-dwellers face daily made a deep impression on Maria and she decided to change their lives. Little did she know that her own life would also be turned completely upside down. Maria cancelled her next holiday plans and instead spent two weeks in the slums starting what grew to become the Maria Cristina Foundation.

Maria was born in Portugal to a mother who became sick when Maria was 2 years old. An African immigrant, Maria Cristina Matos, who worked as a cleaner, agreed to look after Maria until her mother got better, but she never did get better. Maria Cristina raised Maria as one of her own, despite already having 6 mouths to feed. 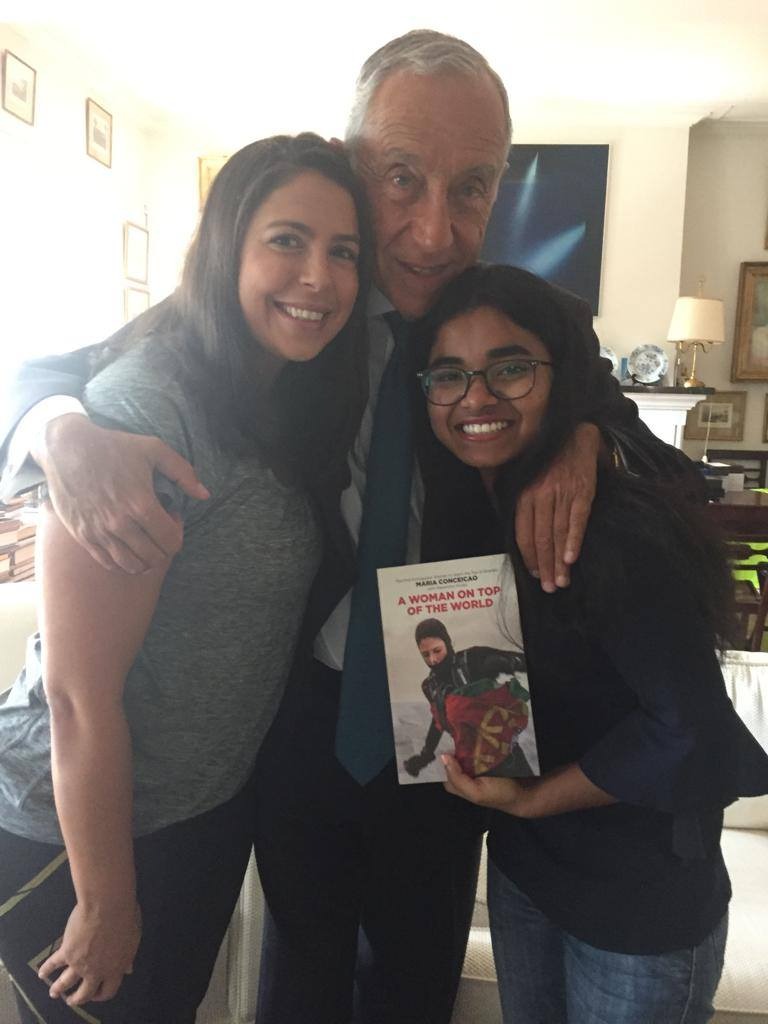 I was very privileged to meet the President of Portugal along with Maria Conceicoa in 2019 in his house Marcelo Rebelo de Sousa, who took office on 9th March 2016.

It was a great experience to be able to share some very important moments together of our foundation, the work that Maria is been doing over the past 15 years for me, my friends and hundred of families back in Dhaka, Bangladesh since 2005, the lives that she has changed through her foundation known as Maria Cristina Foundation, what has been her journey with us, share some significant moments of our journey with him, the achievements of going beyond and above for us e.g; climbing mount Everest, attempting to swim across the English Channel, the north pole expedition, completing 7 marathons in 7 continents just so to give us the best opportunities in life so that we can prosper and make our dreams into reality.

I was able to share my dream and vision with him for my nation in 2034, he was very kind enough to tell me about my current Prime Minister that they have meet and the collaboration between these two leaders. Moreover, this gives me a great insights of an amazing politician who is been making a differences to his 10 million people lives in Portugal and all over the world by addressing an example of a leaderships.

He is such an amazing leader who is been serving his people I have heard a lot about him and the work he is been doing for his nation since he took the office, a huge number of Portuguese people see him as role model for this generation and definitely a change maker for this country.

In 2020 right before the Covid-19 pandemic started, I ended up writing this letter to New Zealand Prime Minister Jacinda Ardern, because I believe she is playing an extremely vital role as the Prime Minister of NZ and serving her people extraordinarily well. In 2034 I see myself doing how she is serving her people right now. The messages, the voice that she is giving back to the world as a leader, to the billions of girls around the globe, in today’s youth, to this generation and showing a new way and totally unique way to lead a nation.

I see myself doing what is she doing in 13 years time for my people and my nation. I wanted to learn from her and her cabinet ministers since I look up to her and her work, I have read numbers of articles, watched her speeches and followed her post in social media the first thing I do in the morning. I have so much respect for her that how she handled the terrorist attack in the mosque, solved numbers of issues in the country to make it better, new bills was passed, granted higher wages for teachers and polices, investing a lot in education for children, their well being in school, mental health, helping small business to grow and last but not least, controlling the most significant way the deadly pandemic covid-19 for her people to stop the spread of the virus.

After reading and being aware of the differences and changes that she is making in a such a short period of time. I requested her a 90 days internship. One of my host father Saul keens helped me writing this amazing letter for her.

For months I tried to reach to her I used the greatest platform that we have now available which is social media platform huge numbers of people in my network Facebook, Instagram and LinkedIn #hash tagged her comments on my posts on my be half to support me reached to her from all over the world, friend and teachers from NZ also showed their support towards to my interested. I tried continuously through emails to reach to her office and months later I was able to get a respond form her team. I was extremely excited to hear back from her team and appreciated it a lot that they got back to me eventually.

It was such a most extraordinary to see how much people within my network cared showed their support towards my dream to make it a reality. 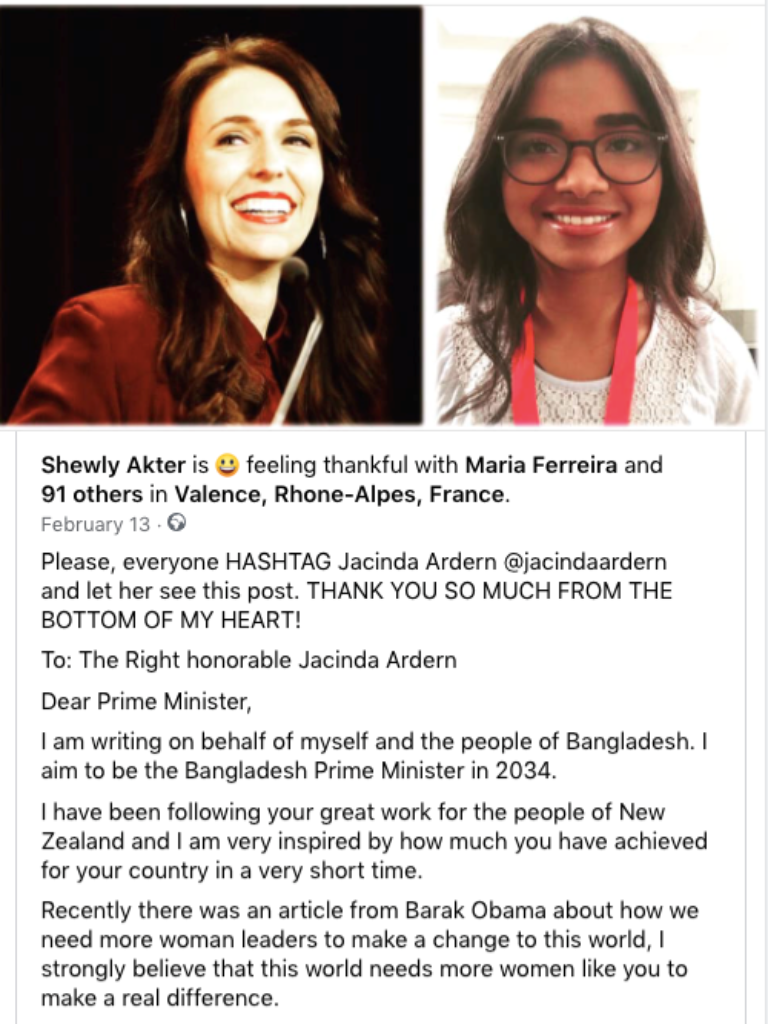 For the first time when I met John C. Maxwell in Orlando, USA to one of his great event.

It was one week event where I was able to meet, talk, share, attend various different types of speaking events, hearing stories from world leaders in the same room discussing ideas talking about our life, issues that we overcome in the group people in all age categories. It was a great experience to be able to go that far and share a diverse culture.

Here is John and I talking in a dinner table, he was giving me some insights about life, being a leader in the future for my country. later on I spoke to 3,000 world leaders in the same stage as him shared our story, visions for my country and dreams. He is been great supporter to my people back home as well as inspire me to be better version of my self and how to lead better for my nation in the future.

I have read numbers of his books that he published over the years that talks about leaderships, all of his nobles gave me great insights, inspire me these books enable me to have clarity in my dreams and how to create opportunities for he upcoming future. 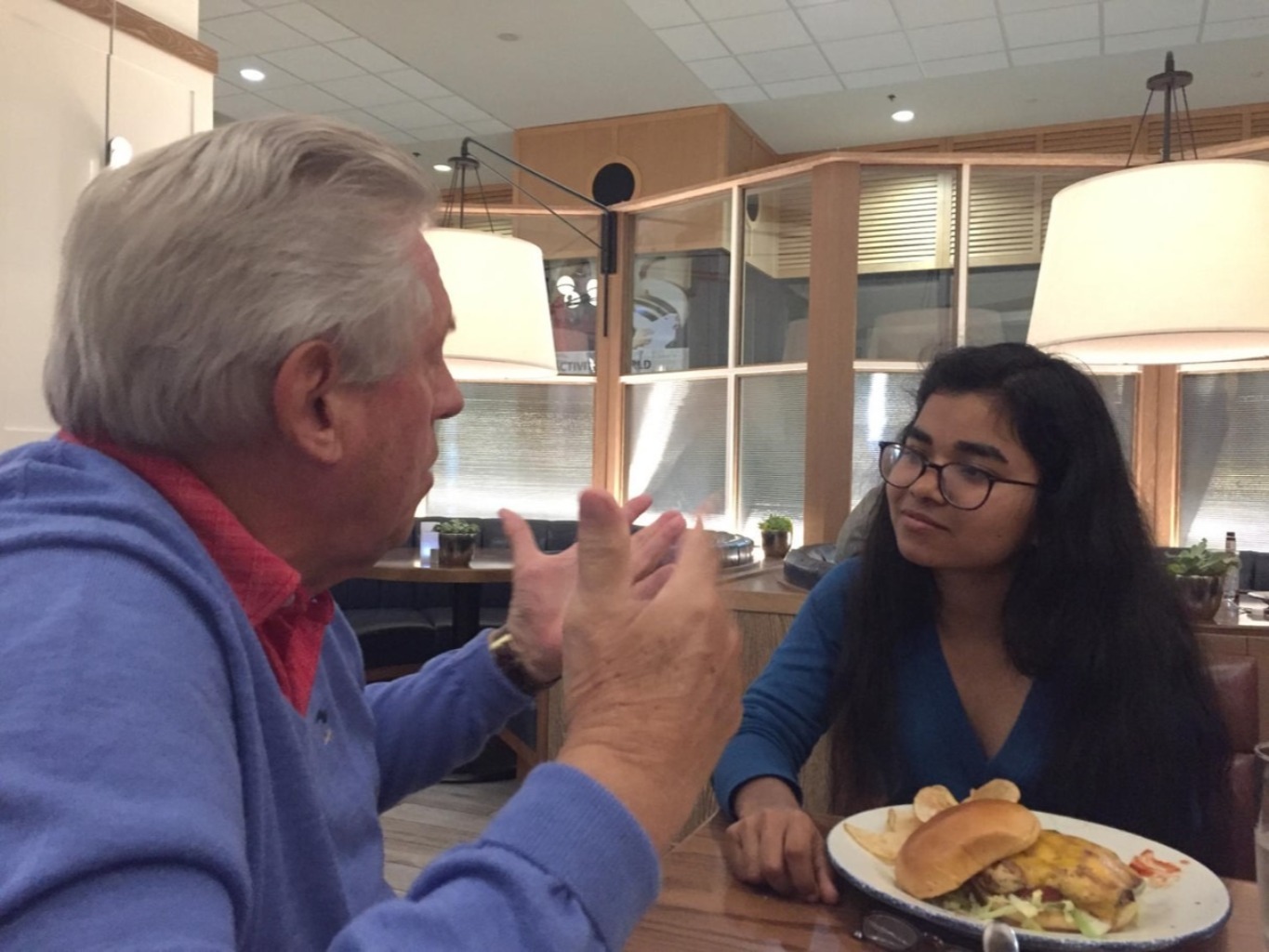 Disclaimer: Shewly For PM or Shewly Akter is not a registered NGO. She is a girl with a dream to change the world and has already made enourmous difference in her life. Now, she  needs your help to spread it to millions of kids in Bangladesh. Consider one of the ways you can help her by scrolling up